JA Africa has announced a new partnership with Richer Media Ltd to produce a new animated series called the Junior Billionaires Club. We jointly developed this series based on The Richer TM Kids Club – an affiliate of The Richer TM Media – and JA’s financial literacy, entrepreneurship and wealth education curricula which gives young people the knowledge and skills to make informed financial, business, career and life decisions.

JBC takes you on an educational adventure with two young Africans, Lola and Kweku, as they learn key financial and wealth concepts as well as African history and other social studies/economics topics on Africa. The series will air in English, French and eventually Portuguese across different African countries on traditional and digital media.

The JBC initiative is the first of many multimedia campaigns which we are designing to bringing JA’s life changing programs to millions of Africa’s youth. The education we do at JA Africa seeks to give our youth the skillset and mindset for financial independence, work readiness and job creation. 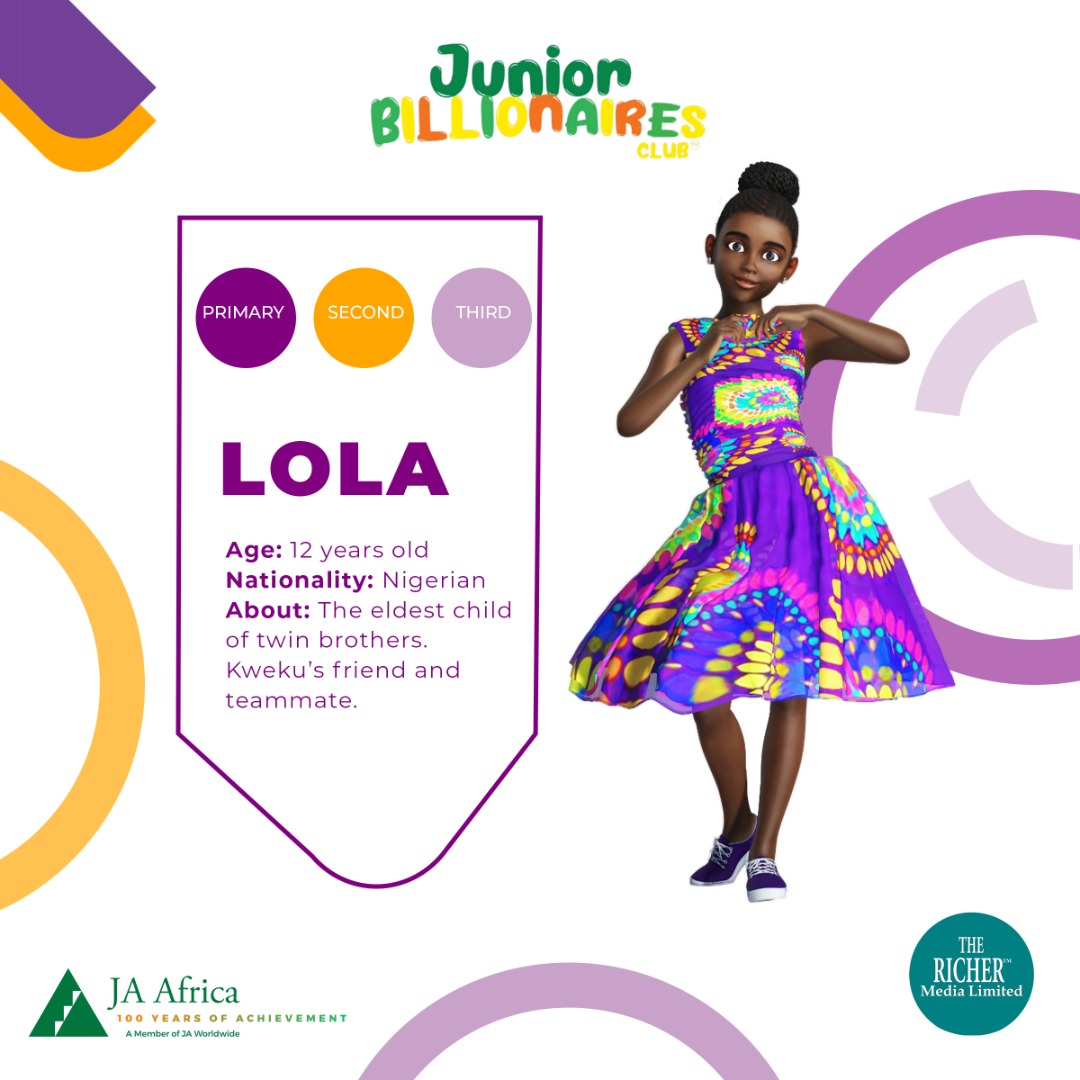 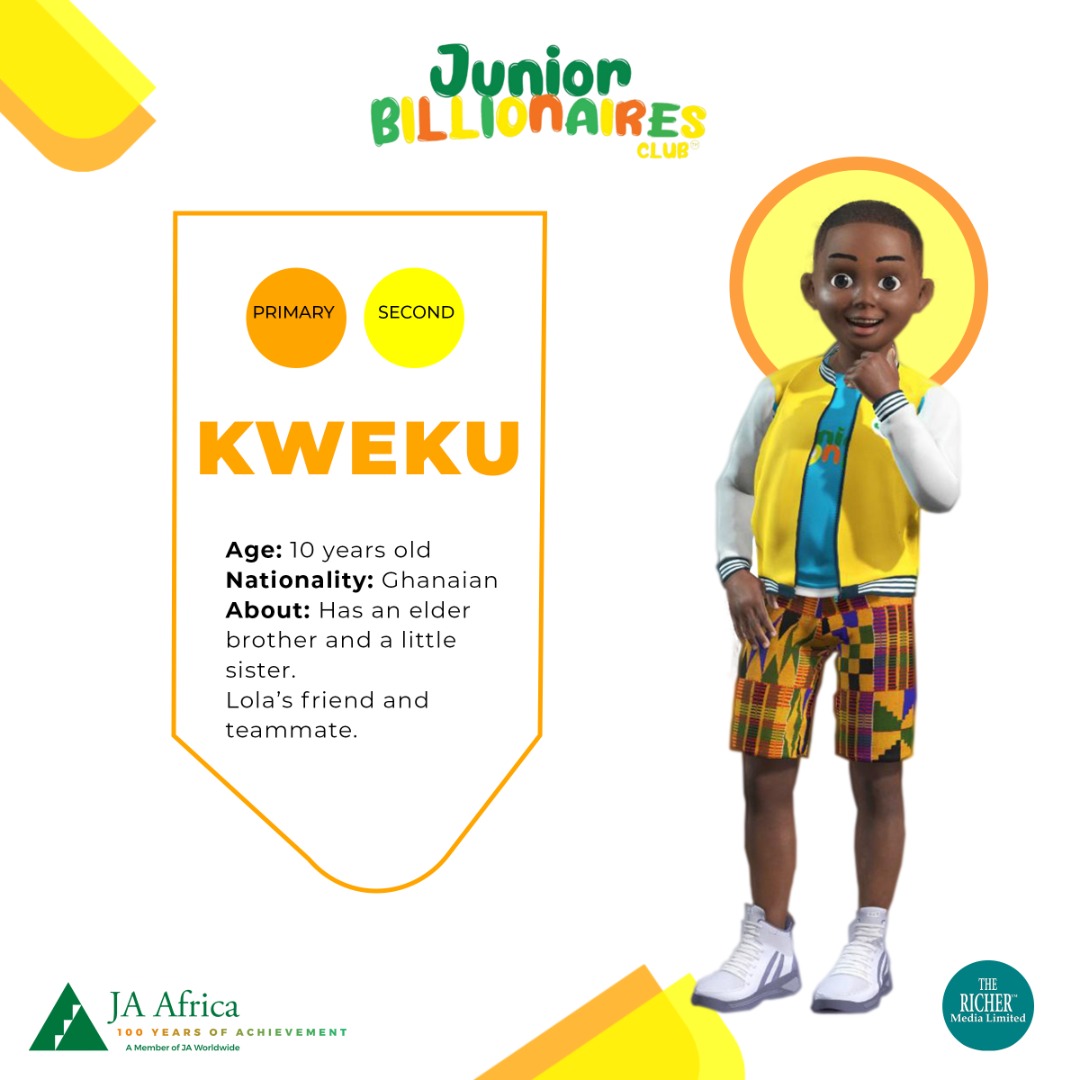